Down “Write” Funny – Where Do Babies Come From? 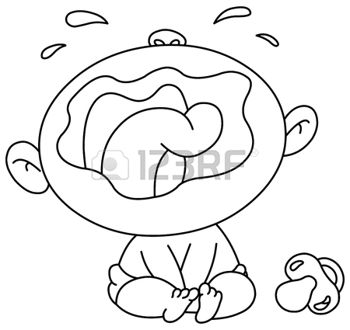 Writers refer to their WIPs as “babies.”

I mailed my baby out today. I sold my baby! An agent told me my baby was ugly.

If you’re a writer, you understood every single one of those sentences. If not, you’re probably appalled at how mistreated writers’ babies are.

Every story teller has heard the question from their non-writer friends: “So, where do you get your ideas?”

Which is akin to a preschooler asking Mommy and Daddy “Where do babies come from?”

“Well, sweetheart, one night Mommy and Daddy had three too many Mai Tais and nine months later, the stork dropped your little brother on his head on our doorstep. We felt sorry for the little bastard, so we took him in. And that’s where babies come from.”

The explanation contradicts itself because one thing has nothing to do with the other, right? How do Mai Tais equal stork brain damage delivery service?

Because, for a writer, it’s like the convoluted path we take to explain our story. How does one detail from a recent news story spark a childhood memory that morphs into a fantasized version which ultimately becomes the latest WIP? Because that’s how a writer’s brain thinks.

Make sense yet? No? Sucks to be you.

Let me lay it down for you. Novels aren’t like babies in the traditional sense. One sperm. One egg. One baby. Okay, don’t lecture me on multiples and double baby-daddy gossip rag tales. You get what I mean.

No one single idea becomes a story. How flipping boring is that? Fiction is a mish-mash of current events, memory soundbites, whimsy, what ifs, coffee (always coffee), and perhaps even alcohol and a twist. Everyone you meet and anything you see or do is fodder for story. Overheard dialogue. Awkward moments. That one lone toilet on the side of the road. Anger, and the insults you wish you could’ve conjured up in the moment to eviscerate that stupid bitch, but couldn’t, so you used them in your WIP instead. A slap. Or a kiss. The words you’re dying to say to a crush. A happy ending instead of a tragic one. Problems solved. People erased. Life, only different. Tweaked, revised, molded to your liking.

So, when those moments hit you, jot them down. Preserve them. Use them. Become a better writer because you’re using real life to create fictional life.

Because that’s where writers’ babies come from.

Now, what are you waiting for? Go sit down at your keyboard and give birth.

2 Responses to Down “Write” Funny – Where Do Babies Come From?