Down “Write” Funny – The PT Perk 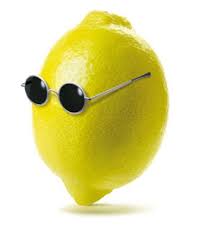 So my Gazelle Girl damaged one of her hooves. You may have heard about it on my Twitter feed during one of my many #proudmama braggart postings about my track/cross country scholarship-bound spawn. (I swear one of my little ingrates <cough> children needs to finally pony up, and since she’s the last of my trifecta gestations to create a roadmap of stretch marks and c-scars on my belabored body, then damn it, she’d better earn a full-ride SOMEWHERE! ANYWHERE! She’s my last hope, Obi-Wan Kenobi!)

But I digress. Squirrel!

So, we put her in an immobility boot due to the avulsion fracture on the back of her heel. Seems growing six inches in twelve months and running five miles daily combined with competitive marching band puts a weeeeee bit of stress on the Achilles tendon and something had to give.

Yeah, the tendon actually pulled BONE off the back of her heel and formed a neat little splinter that rung up like dollar signs galore on the podiatrists’ x-ray screen. And, seven weeks of pirouetting on the <cough> ‘immobility’ boot and destroying my hardwood floors later, we then discussed casting the foot to actually make GG, yanno, IMMOBILE.  But we couldn’t do that without the all-powerful MRI (aka shitloads more $$$$$$$$$$$$$$$$$$) to check on the fracture.

Fracture? What fracture? Quoteth the MRI gurus. Too bad your dumbass podiatrist didn’t send the slides like he was supposed to so we could cross-check. We don’t see no freakin’ fracture.  Off you go, poser!

Needless to say, I am somewhat displeased with the (quack) podiatrist and let him know so in no uncertain terms in my usual gentile manner (coughcoughcough – Anyone got a Halls?)

The x-ray clearly showed a sliver of BONE no longer attached to the heel that the MRI did not pick up on. But maybe, despite the acrobatics GG so constantly performed in my presence and was too fast for me to strangle her, a MIRACLE occurred and voila! She’s HEALED!

MRI still showed lots of the technical terms for ‘swollen and damn-girl-you-walk-funny.’

Cue physical therapy. And yes, that would mean MO’ MONEY!!!

Have I mentioned GG had better earn herself a full-ride scholarship? Not to mention, go pro and support us FOREVER? Especially after all the cash we’ve shoveled at medical professionals at warp speed to fix her Achilles heel?

But that’s not the point of this rambling post. The bitch-fest precluding the point I’m about to make is to bring you non-Twitter-follower slackers up to speed. Ahem.

MY POINT is I am now stuck three times a week with ninety minute chunks of useless, money-sucking downtime while GG works with her physical therapist.

Hey kids, remember that post awhile back about muscle memory and writing?

There’s a Caribou Coffee half a block away from GG’s PT clinic, and while it’s not my beloved Starbucks, it does have the requisite overpriced caffeine and not-my-house elements to trigger my system to go into writer mode.

I will be *forced* to be productive. Even moreso than when my Brainstorm Crew accompanies me, because I’ll be surrounded by strangers who don’t love me and I’m sure won’t be so tolerant of my ranting and raving before I can suckle on a peppermint mocha to calm me down enough to put hands to keyboard. I will be alone. And people frown when you talk to yourself, so I will need to keep my flapping maw SHUT for a change.

Instead, words will flow merrily from my fingertips and I can focus my sarcasm into my blogs and manuscripts!  Curses that we didn’t kick the quack podiatrist to the curb weeks ago and start her PT during NaNo! (Which I miserably failed. Again.  You may begin the public mocking now, but wait and I will post about it to give you the proper platform of my shame.)

My writer incarceration will prompt me to set new goals for the holiday season. Certain projects *will* finally be completed to my satisfaction and come January (if there even IS going to be a January, since we’re not expected to last beyond our expiration date…. but let’s not think on that) said project will land on a certain agent’s desk with grand hopes.

When your spawn hands you lemons, make lemonade! Tra-la!

What forced downtime in your life can you use to your advantage?

2 Responses to Down “Write” Funny – The PT Perk